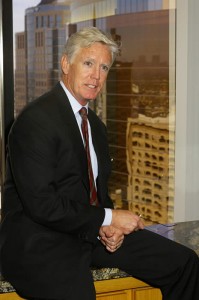 • Michael J. O’Malley is Chief Executive Officer and Founder of Point Financial, Inc. (PFI) since 1988. Is responsible for providing strategic, operational and investment management leadership, including its overall planning, fund raising, growth and execution strategies. Under his leadership, he has originated over $450 Million in investment transactions for more than 160+ companies. In addition to chairing Point Financial’s credit committee, he has held both board and advisory positions with private equity backed organizations and is considered a seasoned veteran in the venture capital community. While building and growing Point Financial, Michael was the lead principal and initial investor of Mytogen, Inc. and also served as Chairman of the Board, which was successfully merged with a publicly traded company in 2008 (Advanced Cell Technology). In the years prior to PFI, Mr. O’Malley founded PC Commercial, a division of Systems Marketing Inc., a front-runner in the leasing of IBM personal computers to corporate america. In 1988 he sold his interest in the organization and formed PFI. Michael began his leasing career in 1979 as a marketing representative with the Xerox Corporation and later for United States Leasing Company (USLC) where he was a key player in the formation of their IBM vendor-leasing program. Michael attended the University of California Santa Barbara and San Francisco State University where he received a Bachelor’s Degree in Economics. Michael is an avid snow skier and hiker and enjoys working with his wife of 37 years and 4 children in managing their family foundation. 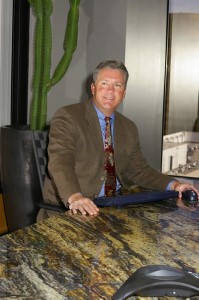 • Eric Koontz is Vice-President/Chief Operations Officer of Point Financial, Inc. and has been with the firm since 1992 acting as Co-Lead in the management of a $300 million plus investment portfolio. He provides extensive leadership, financial and operational expertise to the firm, overseeing all administrative and accounting functions as well as assisting with corporate strategy, deal sourcing and funding. His responsibilities have included financial and tax accounting, negotiation of legal contract terms and conditions, as well as lease/loan portfolio management and company administration and strategy. Further responsibilities include serving as Co-Chair on PFI’s Credit Committee and Advisory Board for Point Financial, Inc. and Point Financial Income Lease Fund I, Point Financial Capital Partners LLC and OREM Real Estate Investments. Prior to joining PFI, he served as Arizona Building and Development’s Inc. Financial Analyst. The firm specialized in the development and management of commercial retail shopping centers whereby he was responsible for analyzing the economic viability of income-producing properties. Eric holds a BA in Business Administration from the University of Arizona as well as a MIM from the American Graduate School of International Management (Thunderbird). Eric also enjoys spending time outdoors biking, hiking and running and time with his wife, while also raising their four children.

Timing is everything; our approach is a combination of art and science. Over the last 34 years we have provided vital capital at critical times, creating valuable opportunity for our portfolio companies and investors alike…